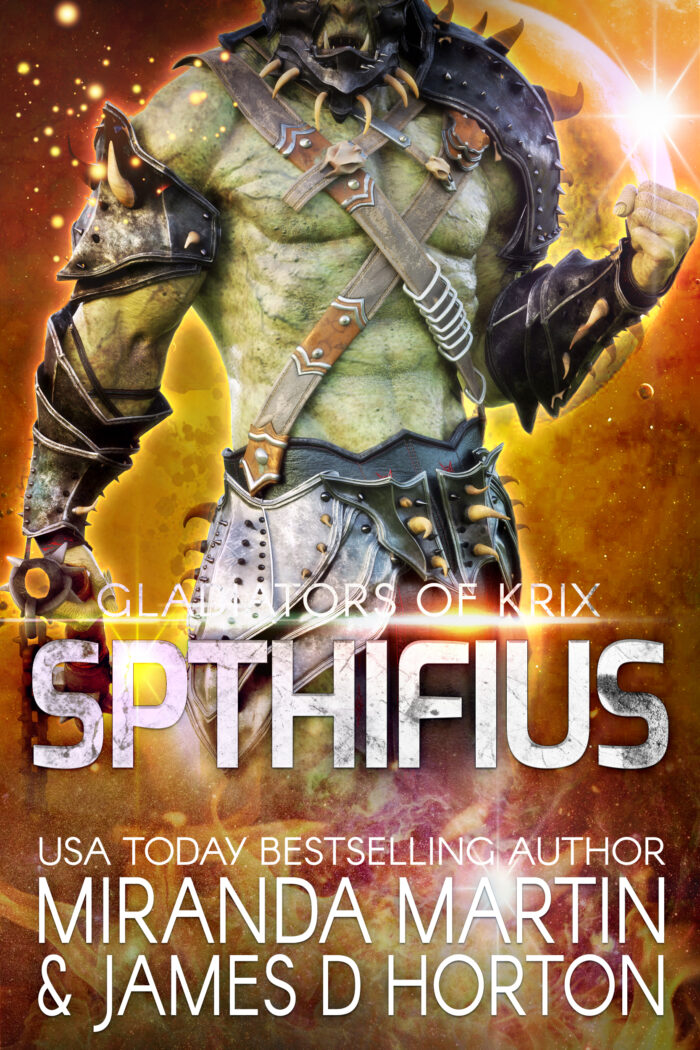 I was kidnapped by alien space pirates and sold to the highest bidder. Forced into slavery along with the other Human refugees.

Life on Krix is dangerous and hard. Our Krix masters see us as pawns at best. Using or abusing us to fit their whims. They only really care about their gladiators. The alien warriors that will bring House Batius glory in the arena.

I thought I would do anything to be free. At least I did until one of the other survivors, Kiara who was a space marine on the ship, came to me with her idea.

She pushes me to cozy up to one of the gladiators. He claims he knows how to contact the Free Movement but he has a price. Kiara wants me to get close to this massive, green warrior but he’s the worst of them. Loud, arrogant, full of himself, and demanding. Grade A alpha-hole.

He’s the stereotypical bad boy but with green skin and tusks thrown in for weird measure. I should hate him. So why does my heart speed up and butterflies dance in my stomach when he looks at me?

I live my life by two rules.

One: Take what you want or have it taken from you.

Two: Don’t let anyone close. You let them in, then they can hurt you.

Simple rules that make my life work. They’ve kept me alive for years. But then Savannah arrived.

I want her from the very moment I lay eyes on her. I know I can’t let myself have her though. I know that one night with the lush human beauty and both my rules will be broken. One night and I’ll lose everything.

But when Dominus offers Savannah as a prize for any of the Gladiators to win and use… I’ll break every rule in the galaxy to make sure she’s no one else’s but mine.

Spinning off from best-selling series the Red Planet Dragons of Tajss comes a new set of books, the Gladiators of Krix. From USA Today Bestselling Author Miranda Martin and her soulmate James D Horton, Spthifius is a full length, standalone SFR novel with a happily ever after ending, plenty of steam, thrilling arena competitions and house politics.