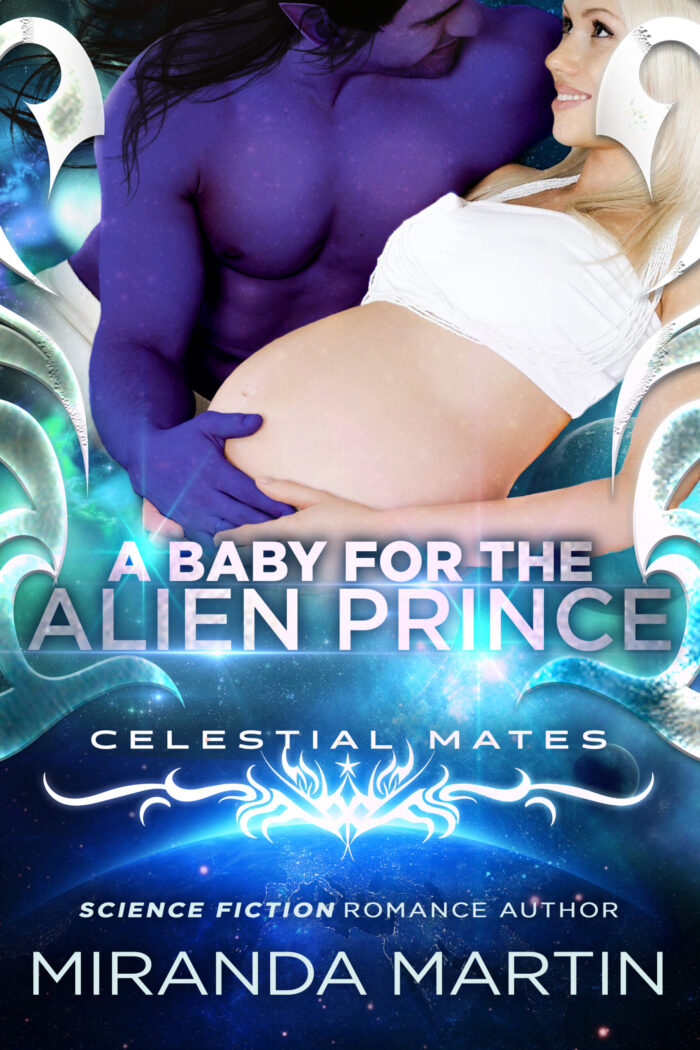 Take a Human female as a mate on the off chance of saving his race? Absurd.

At least that’s what Prince Elorshin Do’ana thinks. It’s true, the Alvan race is dying. There have been no new births in years and if they don’t do something, their entire race is doomed. However, Elorshin doesn’t want to bind himself to a mate that can’t fully share in the fated bond that all Alvan crave. Forced into a marriage by a House more powerful than his own, Prince Elorshin doesn’t think he will ever know happiness, that is until he meets his bright, luscious bride.

Margot Whelan wants two things, one of which she will never have. Love and a baby. The second can’t happen, not as long as she’s on Earth. Population control is too strict. When she sees an advertisement for the Celestial Mates Dating Agency she decides to take the chance. After all, what future does she have on an overpopulated Earth? She agrees to marry the hot, seven foot tall, indigo alien with sparkling emerald eyes and oddly sexy fangs.

He struggles with the war between what his body craves and what his heart needs. Somehow, Margot must get past the language barrier and forge the connection Elorshin so desperately desires. A love that Houses will go to war for.

A Baby for the Alien Prince is a stand alone novel in the Celestial Mates Shared Universe. It is a science fiction romance story with a stubborn alien and an equally stubborn human female, plenty of action-packed adventure, and hot, steamy alien romance!

There is drama, suspense, and ultimately romance. The author painted a vivid picture of a very alien world and culture. I recommend this book and will be getting more in this series. Enjoy!