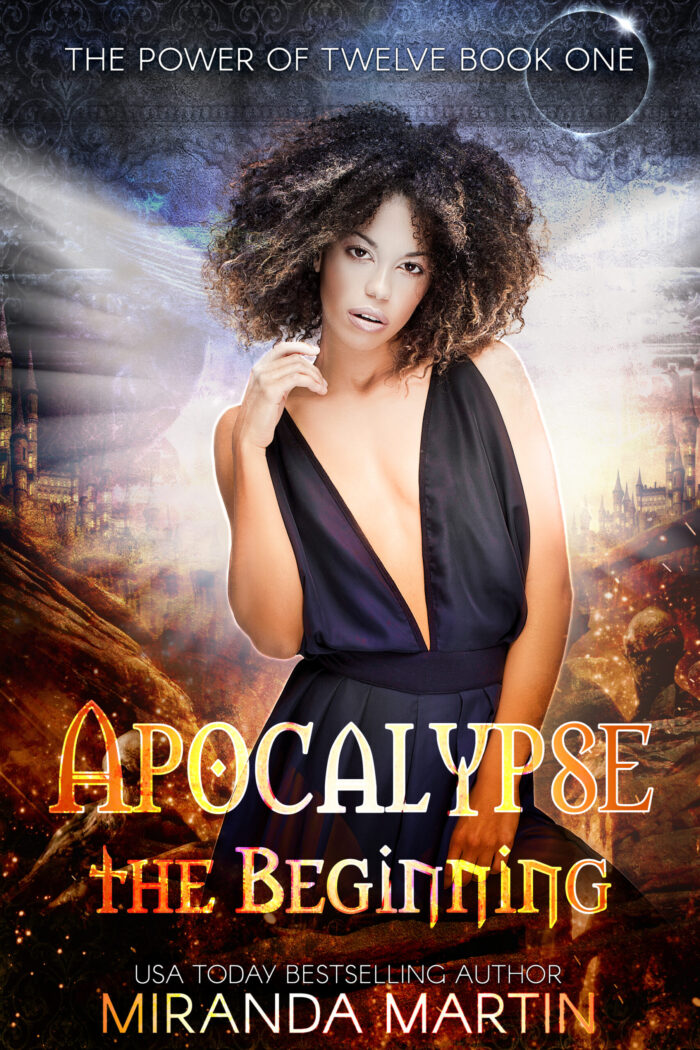 They say I’m the one to save the world. That’s great, but how?

The Third Trumpet of the Revelation sounded, and the world is ruled by the Shadow: monsters, demons, undead, and worse. Humans have retreated into underground bunkers to survive the Apocalypse.

Me? I don’t belong anywhere. Weird shit has happened around me all my life. You’d think with the world literally gone to hell I’d fit in better…but no such luck. I’m still me, still an outcast, and still all alone.

After I’m kicked out of the only home I’ve ever known, I run into four gorgeous men who call themselves mages. It’s a fleeting encounter, but I can’t stop thinking about them until Fate all but kicks down my door with undead monstrosities,

That’s when they return to save me. Efram, Rafe, and Nathanial: a Necroseer, a Demon, and an Angel. Yep, told you shit was weird. They help me escape the fall of the Bunker then vow to be my protectors. They say I’ve got a destiny. That I’m special.

But Tynan doesn’t seem to agree.

He’s also the Horseman of the Apocalypse…and fully under the control of the Shadow.

And if I can’t save him, then the rest of the world doesn’t stand a chance.

Fans of Sarah J Maas and Linsey Hall are sure to love this exciting new series from USA Today bestselling author Miranda Martin!

If you like paranormal dystopian romances, scroll up and one click to start reading The Power of Twelve today!

****
Apocalypse: The Beginning is a slow burn fantasy romance with magic, dragons, demons, angels and one headstrong heroine who has to not only save the world but navigate her way through multiple relationships.

One of the best science fiction / fantasy series I have ever read ( I started SciFi when I was 17. I'm 70 now and read about 3 or 4 books a week). Just read the first in the series and you'll understand my statement.